On Monday, December 9 we welcomed Kate Schwarz and Julie Steudie to our school.  The intrepid Kate and Julie are Missoula Children’s Theatre actors/tour directors.  They traveled to Alert Bay all the way from Missoula, Montana to help our school produce a one hour musical, “The Snow Queen”.

Rehearsals took place in the mornings and afternoons all week.  On Wednesday after school, Kate and Julie put the set and lights up in the gym.  It’s a beautiful set and the students were excited to start rehearsing on it on Thursday morning.

Our students didn’t go home after school on Friday. Karen and Anne gave everyone a snack and some students went outside for some fresh air and exercise. At 3:00 everyone started getting into their costumes.

Anne and Karen were busy in the kitchen getting ready to feed 50 students and staff their dinner.

The dress rehearsal started at 4:00. There were a few elders there to make a small audience. After the rehearsal dinner was served. The macaroni and cheese and Caesar Salad were crowd pleasers. After dinner the students started getting into make up. They studied their lines one last time.

The excitement was building. Sheila, Karen, Anne, Kate and Julie kept everyone calm.

Our families and friends started arriving and taking their seats in the audience. Ms Turner welcomed everyone and the performance started.

The Snow Queen story unfolds as a tale told by an imaginative group of hobgoblins. They depict the journey of a young girl and her quest to find her best friend. A malevolent mirror, a yeti, talking forest animals, a band of robbers and blizzards of snow chickens all have a role to play.  Through the musical telling of the story the audience discovers what it takes to overcome chilling obstacles, keep resilience alive, and melt down the Snow Queen’s icy wall.

Our pianist, Vance J. Conway, did a fantastic job playing the score. The live music added to the excitement of the drama. We were so lucky to have Vance join us for this musical performance.

The show ended and their was a round of enthusiastic applause. After the show the audience had a chance to take photos.

The actors returned their scripts and costumes and were treated to a delicious sugar cookie made by the after school program.

Great big thanks go to Karen, Anne and the After School Sport and Arts Program for bringing the Missoula Children’s Theatre Company to our school. Also thanks to everyone who came to watch the performance. 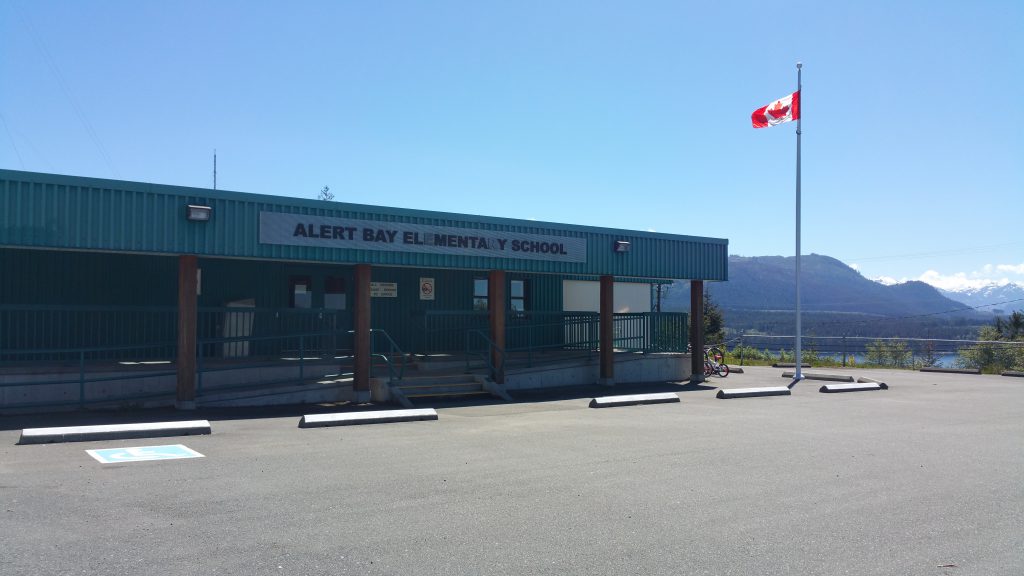 Aug. 29 – Sept. 2 – Susan, our secretary, is in the building to accept new registrations and answer inquiries.

Sept. 30 – National Day for Truth and    Reconciliation – School is Closed